Nothing makes you feel more like a dunce than not having the ability to communicate.  In our last term of working as teachers, we downloaded the free language app Duolingo and tried to learn a bit of Spanish each night.  We knew that Brazil of course does not speak Spanish—they speak Portuguese.  Since we were only going for 9 days, we figured it wasn’t really worth it to learn it—surely they would speak some English, as we were going to all of the major tourist destinations.  But nope. They really don’t.  We should have learned at least a few phrases of Portuguese.  The one word we did learn very quickly was “thank you” which is obrigado or obrigada depending on whether you’re thanking a man or a woman.  Some words of Spanish and Portuguese are the same, like “hello” (“ola”) and “tomorrow” (“mañana”) but others are a bit different like “open” (Spanish: “abierto” Portuguese: “aberto”) and “today” (Spanish: “hoy” Portuguese: “hoje”).  Sometimes the word is completely different like “thank you” as in the Spanish “gracias” and “sun” (Spanish: “sol” Portuguese “dom”).

Anyway.  We did meet some Brazilians who could speak English but Brazil is getting along just fine without having to know it, muito obrigado.  So, we felt really bad all the time and I started most sentences when ordering food or asking a question with “Disculpe, Portuguese no” which I just realised is terrible grammar and is basically “Excuse me, Portuguese not”.  Trust me.  We were pretty tired after each day to bother looking it up, so we struggled along and smiled a lot to try and win the people over with our charm.

Our first stop was in São Paulo, which is a vast city with rolling hills and buildings everywhere, as seen on the plane ride in.  São Paulo was really just a place to stop for a minute, catch our breath after our 36 hour travel “day” and see an art gallery, do a bit of market looking, and that’s about it.  Our hotel, which we splurged on seeing it was our first stop after an epic journey, was the Grand Mercure and it was great.  The service was impeccable and the breakfasts multifarious. 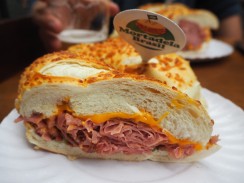 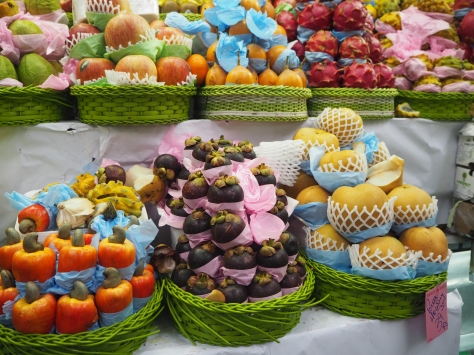 São Paulo is also, unfortunately, where we believe we got robbed.  Literally, within the hour of landing in Brazil.  So, Brazil lives up to its reputation as a place you will be robbed.  We didn’t notice until about 4 days later, but we think it was a credit card scanner when Callum withdrew the cash we would need in Brazil from an ATM within the airport.  A few days later we noticed some transactions that were a bit strange…still in the middle of disputing those charges with the company.  We also filed a police report.  It sucks but we’re moving on.

We took a 6 hour bus from São Paulo to Paraty where we waited an age to take another bus into the rainforest to Paraty Mirim.  The whole time on that second bus, I was wondering where the heck are we going?  It was pretty remote and the roads were not exactly sealed.  It was dark and there was not enough space for more than one vehicle at a time so every time oncoming traffic came along, the bus and the other vehicle had to squeeze onto the shoulder and basically hope for the best.  We were dropped off next to our hostel’s driveway and hiked up the broken road in the rain, in the dark, with our heavy bags.  It was not my best moment.  I always complain about the lack of lighting and signs in foreign countries.  And in Australia, to be honest.  Anyway.  We got there.  It was an interesting experience as it was a tree house, all open to the elements with only thin bamboo separating one bedroom from another.  There were at least four levels as well, accessed by sturdy enough staircases that were also open.  The people running it were most definitely high on something, but they were friendly and accommodating when I demanded a snack, since we hadn’t eaten in nearly 8 hours because of the long journey and long wait for buses.

We could probably give Paraty a miss next time, but, we did meet some lovely Brazilians who could speak English and therefore gave us a bit of a break from feeling like idiots.   We were also fed well as there was a chef at the place who prided himself on good food and good presentation.  We surmised that the reason this particular hostel in this particular town had such high reviews on hostelworld was because most of its guests must be Brazilians escaping from their city lives to a forest adventure.  Let’s just say it wasn’t ideal having to traipse down three flights of creaky stairs to go pee in the middle of the night, knowing the jet-engine toilet flush would awaken everyone as well as my painful attempts to be quiet as I made the return journey to our bamboo room with the rickety floor.  We visited a couple of beaches while in Paraty Mirim and enjoyed the warm water immensely but we could have spent more time in Rio de Janeiro which we LOVED. 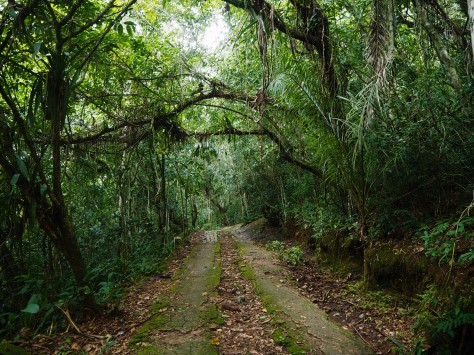 leading up to the hostel 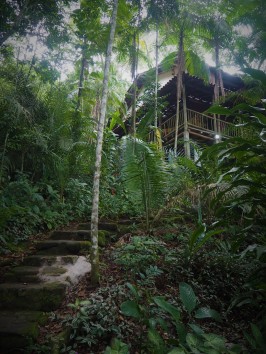 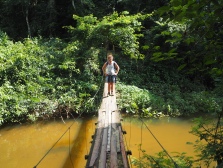 The bridge we had to cross to get to the beach 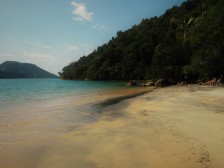