A small post on the dining experience of India.  Seriously, if you like food, you will like India. Every single meal I consumed was delicious.  It seems that every person who cooks in India is a genius.  Every person seems to cook, ergo, every person in India is a genius.  I cannot rave enough about the Indian curries, veg thalis, naans, samosas, lassis and gulab jamuns that I encountered in every restaurant we ate in.  Of course, if you don’t have a tongue for Indian food, you might not love it, but you probably will anyway, because these people know what they’re doing.

If you’re a bit shy of spices, you can always ask for them to make it with less or none, but you’ll have admiring looks from the cooks and servers if you go for it and eat what they eat.

If you’re worried about getting Delhi-Belly, look, it might happen.  We were in India for about nine days and I never got sick but my husband, who had been to India before and had spent two solid months travelling the country, who warned me that I’d probably get sick and would just have to deal with it, got sick.  I personally think it was because of sheer bad luck, but also, he tends to do as the Indians do and eats with his hands which I never did.  I always used the provided utensils.  If you want to do the genuine Indian thing, wash and sanitize your hands first.

Pictured are some of the things we ate and the pure joy on our faces as we ate it. 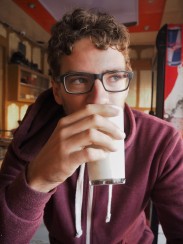 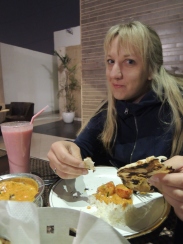 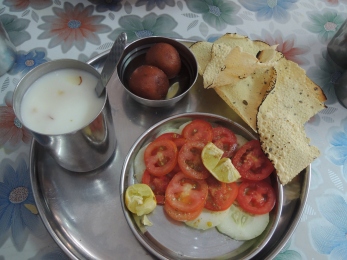 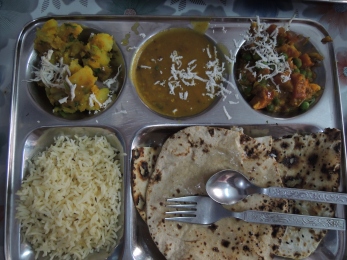 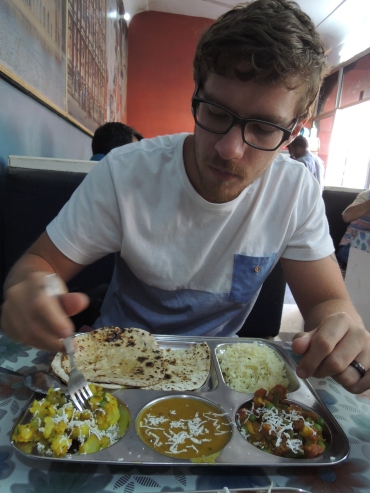 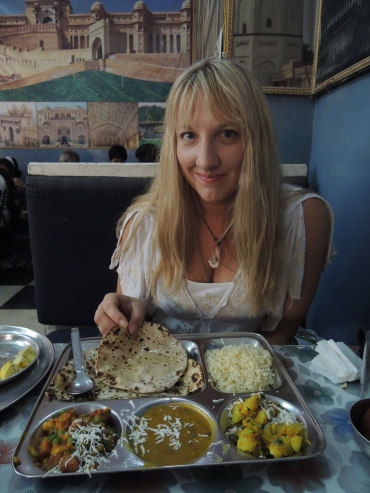